There is no denying how strenuous life can be. Throughout the year, we are on a busy schedule that it because so hard to pay attention to the signals to tear in our bodies. We can have a sore back, a sore shoulder or a stiff neck. Massage therapy is often the solution to these problems. Most of the people are probably aware of this. Massages are often used for pains as a result of staying for a long time on the computer or from other things. However, did you that there are several types of massages? One of them is the Swedish massage. Our emphasis on this article will be on this type of massage.

When people are referring to the Swedish massage, what are they actually referring to? What differentiates this massage from the other types of massages? You might be surprised to learn that this is one of the commonest types of massages. It focuses on targeting the superficial muscles, muscle relaxation, and increasing blood circulation. A typical, Swedish massage usually begins with an individual lying on their back while the therapist uses different types of motions to massage the back, necks, and legs. At times, the therapist may turn you over to massage the tight quads. You can also communicate with the therapist on how firm or soft you would like them to put pressure on you.

Benefits of the Swedish massage

By now, it might seem like the terms massage and Mood booster can be intertwined. One of the selling points of the Swedish massage is that it really helped to enhance the mood of the individual. According to scientific studies, the massage elevates the mood of an individual by affecting the oxytocin, dopamine, and serotonin. These hormones are known to elevate the mood and the general wellbeing of an individual. Also, it said that it helps to reduce the level of cortisol- a stress-causing hormone.

Studies have also shown that Swedish massage can help alleviate anxiety. In a study that was based on the anxiety studies of ICU patients before and after a 30-minute massage. The research found out that there was a significantly reduced anxiety level after the massage. In another research that was conducted on women found out that this type of massage would help alleviate stress on the study participants.

Sleeping disorders are more common than you can anticipate. It’s reported that approximately 50-70 million Americans have a sleeping disorder. Also, there are around 48% of who snore and 37.89% that sleep unintentionally. A massage can be a solution to this kind of problem. A study on breast cancer patients showed that the Swedish massage could hele improve their sleep. Having improved sleep can reduce stress and anxiety. Note that poor sleep is always associated with anxiety or stress. And if we can infer from the above paragraph it easy to see why the Swedish massage can lead to a night of improved sleep.

Who should get the Swedish massage?

Basically, anyone can have this type of massage. Rather is somehow believe that the question is related to under which circumstance can an individual have a gentle and relaxing massage? First, we would recommend it for people that spend most of their time training these are athletes. If they are using the Swedish massage, in order to reap the full benefits of this kind of massage, it should be part of their routine, and they should ensure that this massage focuses on to the tighter muscles and increases blood circulation in the body. The other category of people that we would recommend to is those that spend most part of the day and night in front of the computer or those that stay in offices. This massage is particularly beneficial to them as it helps alleviate stress and anxiety that are associated with this type of works. Also, before anyone can consider this type of massage, it’s important to communicate with your massage therapist on the injuries that you have.

How does it work?

We have identified the benefits of the Swedish massage, but we have not shown how it works. The Swedish massage main role is to increase the oxygen flow in the blood. Also, it helps release toxins that form on the muscles. This massage can help flush out the harmful tissue of harmful deposits such as lactic acid and hence improving the recovery time of the individual.

Additionally, the massage is said to stimulate the skin and at the same time, soothe the nervous system.

Swedish massage, just like its name, has its origin in Sweden. However, its origin is somehow an accidental one, and it’s not something that was developed by a therapist but rather by a fencing instructor known as Per Henrik in the 1830s. He discovered this when he injured his elbow. It said that he cured himself using tapping strokes around the affected region. Later he developed this technique that we have come to know of late. Then, how did it spread to the United States? It was introduced to the United States by two brothers Dr. George Taylor and Dr. Charles in the 1850s. This technique involved the application of long gliding strokes, kneading and tapping movements on soft tissues around the body. Sometimes passive and active joint movements are utilized.

The side effects of this massage are not a lot. For the few cases that have been reported, there are chances it can increase the risk of an injury in the case of intense massage. Muscle pain is another side effect alongside the bleeding in the liver n other vital organs. This is common side effects associated with getting the massage from an uncertified therapist. 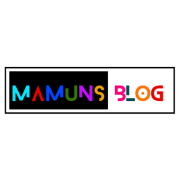 Your manual for completing information section for your business

We're glad you stopped by!

But please understand that without advertising this website wouldn't be here. We serve responsible ads and ask that you disable your ad blocker while visiting Please click here after you have disabled your adblocker on this site